I have never wanted to have children of my own. 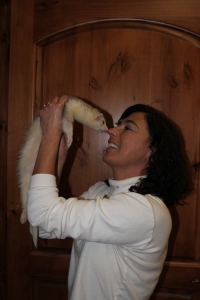 Not human ones, anyhow.

I remember telling the dressing room of skaters my feelings about that as a kid.

It was one of those group discussions about how many kids each of us planned to have and I announced I would be having none.

That I would have to find a man who already had his own kids because he wasn’t getting them from me.

Apparently I had things all figured out back then…

And it isn’t because I don’t like kids. That’s not it at all.

I love kids. They’re fun, they’re goofy, they like to play make-believe, they giggle freely, they like my stories, they like Rhonda, they like to watch me skate, they are full of wonder and, generally, they trust and believe openly. 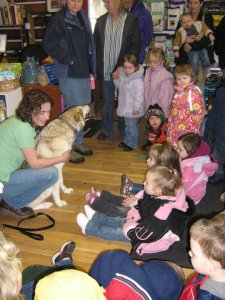 I am completely comfortable around groups of kids regardless of whether I’m doing veterinary education or coaching figure skaters or hockey players.

I don’t break out in a sweat, I don’t have panic attacks, and I actually quite enjoy kids of all ages.

So it was quite fortuitous that I met and married a man with all of the requirements. 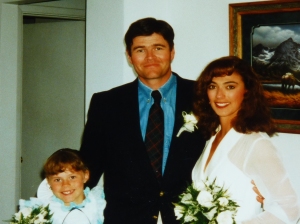 I had no expectations because, at 21, I had no friends dating older persons with their own kids.

None of my friends or siblings had any non-infant children of their own at that point so there was nobody to turn to for questions or suggestions.

I just winged it and tried to make our family as normal as possible.

At that point a few friends thought I was crazy (think I was 22 by then) but it never occurred to me that it was wrong.

Its not like Divorce was unheard of in the ’90s, its just that it didn’t happen much in the close-knit Doukhobor community and family I grew up in.

So there was no reference point other than having 2 loving parents who wanted to make the best life possible for their kids.

Even if they weren’t my kids.

It has always helped that Alistair and his first wife had a fairly amicable divorce.

There was no throwing of cutlery or evil phone messages.

Visiting the kids in Vancouver (with Rhonda)…

It may have helped that the ex lived in Vancouver, many miles and a country away. We have a mutual respect for one another, (particularly now that the kids are grown) and appreciate that we offered very different ‘mothering’ styles to the kids.

Maybe it also helped that I was so young- there are as many years between Alistair and I as with Gareth and I.

Which was fun when they were teens and we could sometimes sort of hang out.

Camping trips with the kids & their friends

And listen to the same music and share our friends and learn to be a different but normal type of family and shop at Abercrombie together and be a part of each other’s lives as we were all growing and changing. 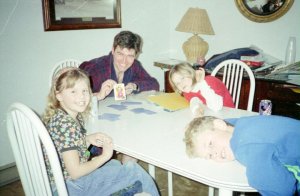 And I can’t tell you how many of the kids’ friends I keep in good touch with via social media.

And some we even hang out with when we can.

And I think I am a very lucky woman to have the relationship I have with my now-adult stepkids.

They have never called me “Mom”. I was adamant about that because they already have a mother.

Just because a person didn’t give birth to a child doesn’t mean they can not love them.

Gareth’s high school grad with Whitney & I in Bismarck

Or be immensely proud of them and their achievements. 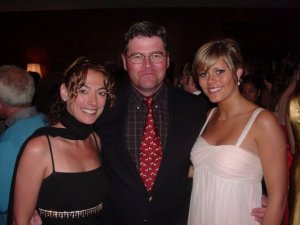 I have loved helping raise these 2 cool young people and I have so enjoyed watching Alistair raise them and care for them, too.

They aren’t my own children but I am his partner and I worry about his worries and I’m excited for his excitements.

The main difference, which I had to remind the kids from time to time (like after the group of AAA hockey boys made a run on the Go Karts a living Hell for the owners of the place… AGAIN or the one prom night I won’t go into), was that I didn’t have that built-in ability to love them no matter what.

Gareth, assuring me it wasn’t going to be like the summer before when we all almost got kicked off the course… (he was very, very wrong)…

When I used to say that I didn’t want kids I would get the typical responses:

“You will change your mind when you’re all grown up.”

“Once your friends start having kids you’ll feel differently.”

But I did mean it.

Me. Not wanting to have kids.

As years went by those comments turned bitter:

“What’s wrong with you not wanting kids?”

You know what, though? It IS normal for me.

I have always been career-driven and I knew, as a little girl, that children might get in the way of that.

One of my careers

I also knew that I was extremely motivated to succeed- whether it was on the ice, with my textbooks, coaching, writing, slinging bling- whatever.

I moved away from home at the age of 12 to pursue skating at the highest level.

I graduated high school at 16 to get going on an education.

I moved by myself to Tokyo at 19 to make some money teaching English. 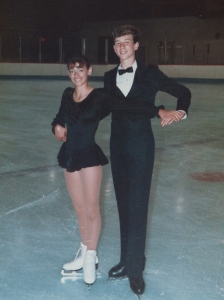 Training & competing at as a high a level as I could dream. I couldn’t do that in my home town.

And deep down inside where you have a core that you know is your true self I knew that there was the slightest, teensiest possibility I could have a child who wouldn’t be like that.

And that would disappoint me.

And that would be wrong.

I knew that you shouldn’t ever be disappointed in your own child but there it was and I never, ever wanted to resent a child of my own. 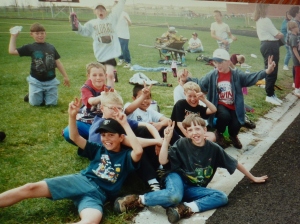 4th grade boys at their track meet in Watford City

So I didn’t mind that Alistair had his own kids. Heck, they could pee and eat on their own by the time I showed up so that was a huge bonus right there!

I took an active role in their parenting and have never felt like I missed out on anything.

Whitney and I in Saskatoon, right around my vet school graduation!

And I absolutely love the young adults they have become and the journeys they have been on and we celebrate together in person or over a phone line or Facetime or we say goodbye to a group of animal companions that each and every one of us has loved on a sunny day with pink roses and we cry and hug together and laugh at shared memories and encourage one another’s dreams and we enjoy the good old days and the great ones now and the endless possibilities ahead. 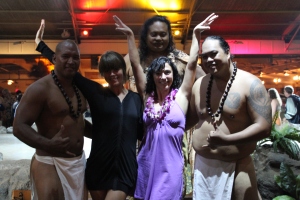 Whitney & I show-girling with the Luau men on Kauai

And I appreciate how truly lucky I am to have the relationships I do with these two.

We are in the process of corrupting Whitney by making her a golf addict. We had both made par on her first day playing last month!

And its still fun to look back at where we all began.

Whitney & Mulder a couple of years ago visiting us in Montana 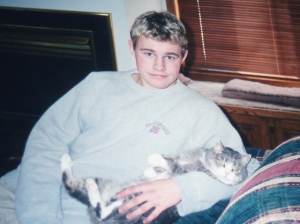 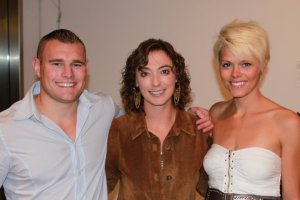 Lucky stepmom, (taken a few years ago in Vancouver)