(As I type that I’m trying desperately to do the math to make sure I don’t sound like a flaming alcoholic… should that be 20%? 15% Will my friends laugh and think I underestimated?)

Driving home along muddy gravel roads with 3-bedroom, 2-bathroom potholes in the rain to a husband-less house on Friday, however, I had a moment of melancholy.

I had a few tears.

It wasn’t a pity party by any stretch. It actually had to do with some sadness.

a couple of weeks ago before the golf course opened

I had done a house call that morning where I helped friends say goodbye to their special canine companion. It was necessary, it was an act of kindness and it was done for all the right reasons. It was also beautiful and peaceful if such an event can be.

But after having done this recently with a few other special canines I realized I have been the veterinarian in this community long enough that I have known these animals their entire lives. And now I’m saying sad goodbyes to some of them.

I was the Easy Cheese lady back when we did 3 sets of the distemper combo and handed out puppy kits.

I spayed and neutered them.

They were participants in my puppy parties.

And they came to the Dog Days of Summer every year.

UB and Loki at one of the Dog days of Summer

While not all of the recent patients of the Angel of Darkness were puppies when I met them, they were still my patients for several years. It just felt kind of heavy and it all hit me at one specific moment yesterday.

The rainy, dark skies and the cooler temperatures after being teased with sunshine and golf games recently probably didn’t help.

I did allow myself time to think about and process each of the friends I had to help over the Rainbow Bridge and I think veterinarians just simply need to do this from time to time. Sure, I have all sorts of fabulous coping mechanisms- I keep a journal; I share my feelings here and with clients; I play golf; I laugh a LOT; I joke around a LOT; I have ferrets who I talk to in a variety of accents; I don’t take myself seriously; I have a tremendously understanding husband; I write; I have the Aloha hot tub with tiki torches; I drink wine; yadda, yadda….

But veterinarians have enough to worry about in this career that we need to be able to let ourselves emote, from time to time, about stuff that’s just plain sad. 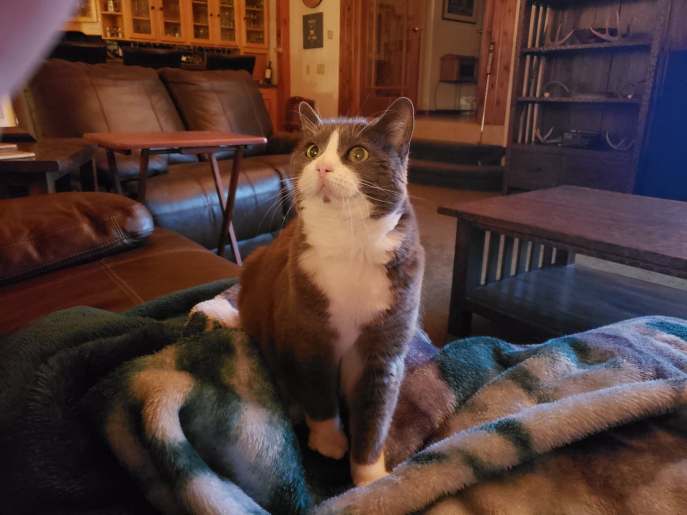 It probably also doesn’t help that I found what I believe to be an oral tumor in sweet Bebe’s mouth the other day. She’s fine, though, eating & drinking & bitching at us for her morning Greenies and everything is normal but Dr.Mummy knows its not right.

And she’s lost some weight.

And her hair coat is a bit poor.

But Mummy-me isn’t going to change a thing until Babs gives us a reason to. 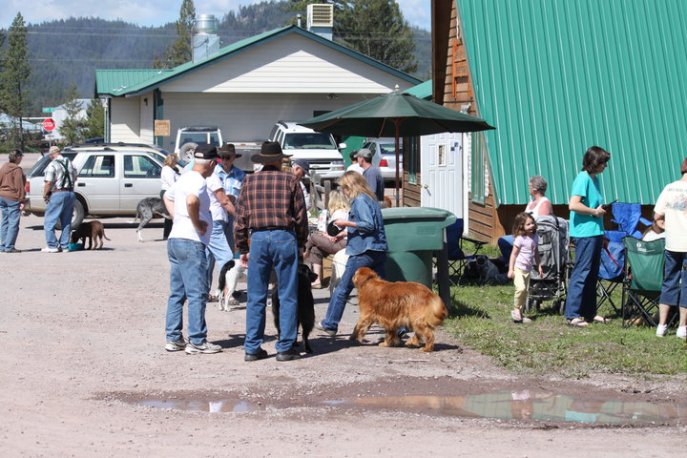 Getting ready for the Furry Scurry a few years ago

The noble Bernese Mountain Dog began limping enough that her parents knew the recently diagnosed bone cancer in her forelimb was taking over.

She walked less and less and started to eat a bit less.

I had done her puppy vaccines and spayed her and fixed her umbilical hernia. She was a puppy party participant and kind of just watched the goofy Labradors and goldens flying around the clinic (although she eventually gave in and played a bit, too.)

She attended Dog Days of Summers and did the Furry Scurry and she hiked in the mountains of Montana and played with her sister and swam in clear rivers and creeks and eventually accepted the newest little sister and she ate like a queen and she lounged outside her house and she loved the heck out of her dad and her new  mom and she was on the greatest adventure ever until it was Time.

Another Furry Scurry getting ready to go!

Then there was the adorable, 16 year old Yorkie who made it pretty clear to his parents that it was Time. I knew him since I moved here and he and his canine siblings lived a lovely life with their parents. I got to see pictures of him in the basket of the 4-wheeler looking like he was the happiest big dog in a little dog’s body ever. His entire small community knew him and he even got to help out at the bar his folks owned a lot of the time.

I know a lot of hearts were broken when I helped him across the bridge with his mom and dad right there, holding him, rubbing him. Like his mom said, “It isn’t about us anymore, its about him.” It was Time. 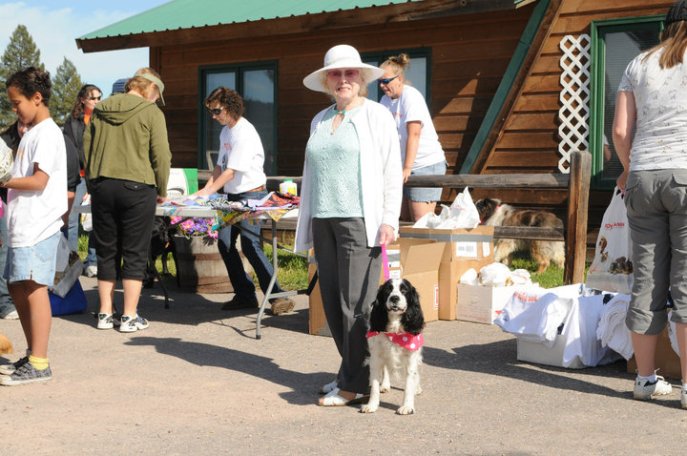 My Nan and the Princess, Cleopatra at a Dog Days of Summer many moons ago

My friends and I had known Sprocket’s time was coming because he was ancient. Most working sled dogs live a great, active life but they rarely make it to 15 years of age but this noble old athlete did and he did it was grace and style. Maybe not with the greatest hair coat in the world but he aged beautifully until he didn’t.

Sprocket was one of their competitive dogs who loved what he did. A Siberian Husky who I respected as both an athlete and a good dog, he started having trouble with his back legs recently. He would rally and we would stop checking to see if I was going to be in town and a few more weeks would pass.

Until the morning when the dog who had run his heart out and played with his yard mates and really liked his injectable anesthesia when he needed it and was one of the alligator bacteria patients years ago let his folks know they needed to come up to the farm for one final visit with Dr.Fyfe.

Good times with good friends at a Dog Days of Summer

And Friday morning we laid the final dog of a litter of pups I was particularly close to to rest.

The beautiful litter of Great Dane puppies was in trouble from the start when their mom died within days of their birth. We knew it was a challenge to get enough groceries into such a rapid-growing breed but several members of the community were up to the task. It was daunting at best because without much immunity from not having their mom’s milk they couldn’t be exposed to many people so it was a small group who fed, cleaned, rested, and fed the puppies again. Most of the folks who were part of the feeding team became owners of these huge puppies and all but one stayed within our community.

My rep with Royal Canin happily consulted her team of nutritionists and those pups thrived on canned Recovery and wow, what a gorgeous group of dogs they turned into.

On April 22nd, 2009, my surgeon friend from Great Falls came by and he helped me spay and gastropexy the three females, which I had never done before. The three giants laid in a blanketed assembly line as they recovered and it was a pretty special day.

Until the curse of being a Great Dane took over and we lost the father and all of the other siblings over the years.

Generally they aren’t a long-lived breed but Bella made it to 10 years. Until Friday morning, when it was Time.

Each and every family I cried with are friends. I’ve had coffees, lunch and supper dates and I’ve supported their buisnesses and I think most of them have read my books.

I counselled them about when to spay, what brand of foods to eat and I dispensed dewormers and did house calls and I sutured them up or took sutures out and I watched relationships grow and flourish even if there was some testing along the way and I shared the beginning, middle and now end of some beautiful lives with special people and their beloved companions and I know how very hard it was to make the decisions they made and I respect all of them for it while knowing how hard their hearts hurt.

Sometimes the making of the decision and acknowledging that it is Time is the hardest part of all. Or maybe its when I ask if my friends are ready… because they will truly never, ever be ready.

I am privileged to get to share the amazing human-animal bond that makes us choose to get another puppy and raise them and love them and care for and guide them through their magical lives as they become perfect middle-aged best friends until they gradually become beloved senior citizens.

My own heart gets wrung out every time we have had to make the decision to send our furry friends on their final adventure. 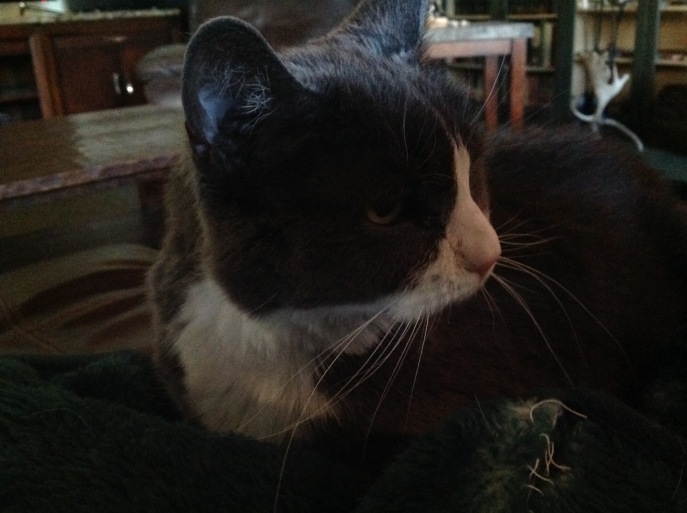 I hope I get to have more time to spend with Babs before its Time. Heck, Cleopatra, our Springer is at least 15 and is having her own set of issues. I’m trying not to think about it but I may have to face what Sitka, Danny, Sprocket and Bella’s parents all had to face just recently sooner rather than later.

And I’ll be okay.

And every single other pet parent out there who has to face facts when you start making a list of all of the last things you’ll be doing with your buddy.

There are those coping mechanisms.

There is that magnificent hubby and many great friends.

And there is the knowledge that when the sadness is so great it means the love was that great as well. 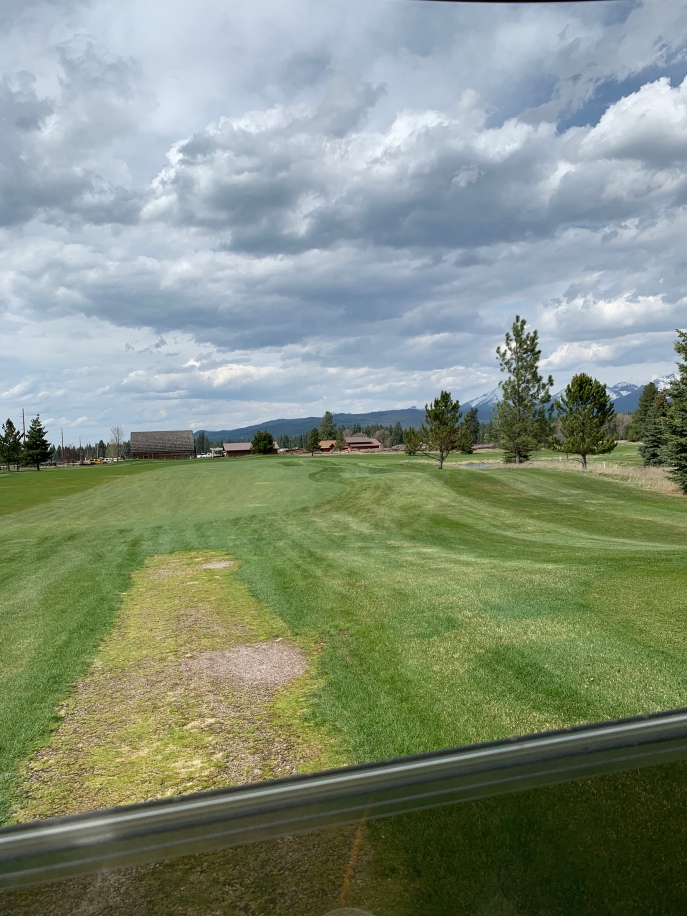 One of the Furry Scurry’s along the highway in town! 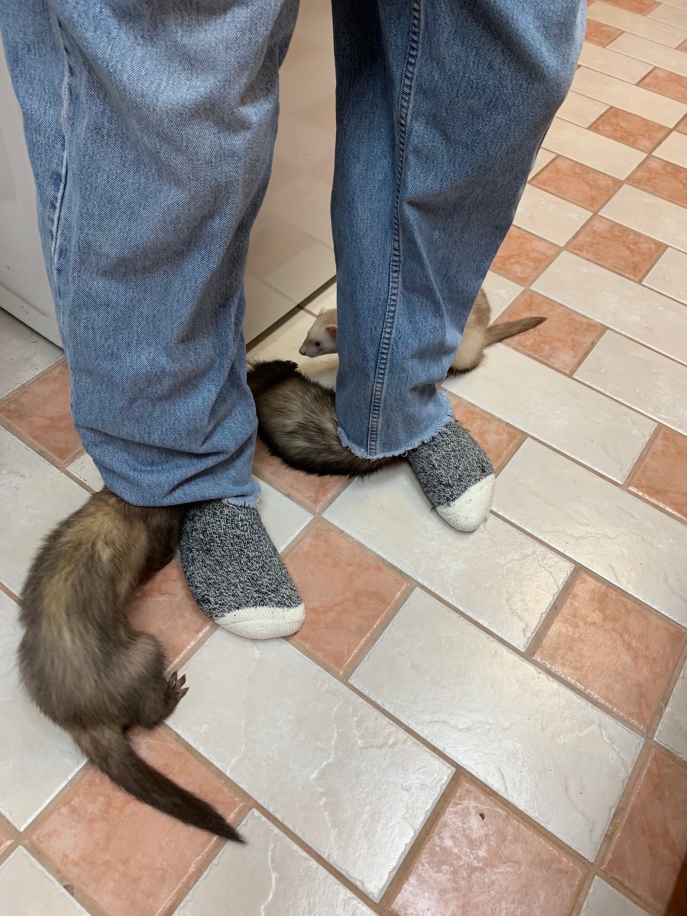